Zwerfkat in Leuven is extremely grateful for the support of the city of Leuven and Mr. Thomas Van Oppens (Alderman of personnel, organization, city cleaning, student affairs, animal welfare) and the police force of Leuven.

We continue to collaborate more closely, for the moment coronaproof and partly online, but this doesn’t stop us from working together interactively and digitally as well as in real time for all of Leuven’s stray cats. A true honour for ZIL. 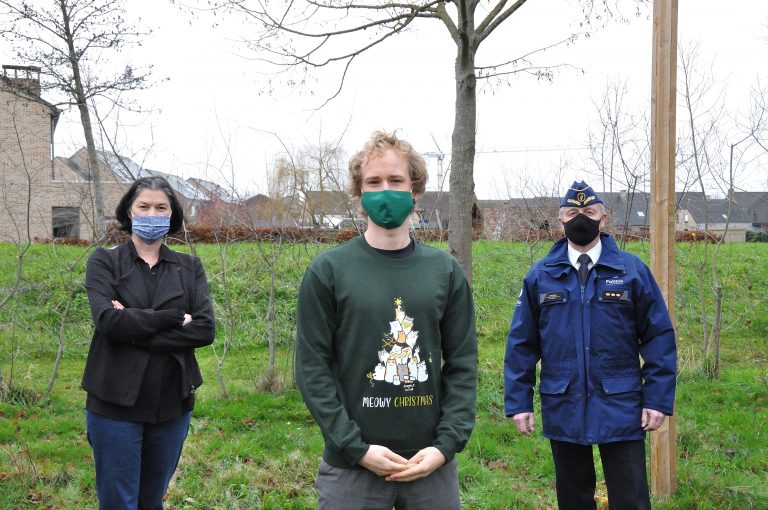 Non-profit organisation Zwerfkat in Leuven will receive 62.000 euros as a subsidy from the city of Leuven to deal with the stray cat problems in an animal friendly manner. In 2019 the subsidy was 30.000 euros and in 2018 only 20.000 euros. The Alderman of animal welfare Thomas Van Oppens wants to send a clear signal with this raise: Leuven is dealing with the stray cat problems and animal welfare. This year the non-profit organisation helped a total of 300 cats and fed approximately 200 stray cats daily.

2020 was a challenging year in general, also with regard to stray cat problems. The lockdowns prevented a lot of activities from taking place, like fundraisers which are important for the financial continuity of Zwerfkat in Leuven. ZIL also got a completely new board and general assembly. Chairperson Yvette Deschrynmakers couldn’t be happier with the support of the city of Leuven.

“The subsidy of the city of Leuven is an important contribution to our overall functioning. We work with a budget of about 100.000 euros yearly, meaning this subsidy covers two thirds of that amount. The conversations with Alderman Van Oppens showed us that we are all on the same page when it comes to the stray cat issues.”

Zwerfkat in Leuven deals with the inconvenience caused by stray cats in an animal friendly manner. They catch stray cats, take care of them and neuter them. After they are returned, a whole network of feeding parents feeds them. Apart from that, ZIL also provides foster care for kittens and tame adult cats that were born in the streets, lost or dumped.

“As a city our designated duty is to have a stray cat policy. Thanks to Zwerfkat in Leuven we can work with passionate people who do their utmost to help cats, prevent nuisance and control the cat population. I am extremely grateful that we have such a strong organization in Leuven and I would like to thank all volunteers for their efforts”, says Alderman Thomas Van Oppens.

“It is necessary to tackle the stray cat problem efficiently to ensure the welfare of stray cats, fight nuisance and protect public health”, says Van Oppens. Stray cats live outside in all weather conditions, are often underfed, have wounds and even diseases like cat aids which can be passed on to healthy cats. But they also cause a nuisance. During fights and mating season they make hellish noises and they tear apart trash bags in search of food. Their faeces in gardens and playground can even transmit parasites like worms and protozoa to humans. This can all be contained with a controlled stray cat population.

Since 2005 the police department has worked together with a number of shelters on animal welfare and stray cats. Chief of Police Koen Wouters is happy with the evolution of the collaboration in the past years. “In 2016 we worked together with Zwerfkat in Leuven for the first time to pro-actively tackle the stray cat problems in Leuven. This positive and constructive collaboration is essential to ensure this project succeeds over the long term. Because of information exchange, positive communication and a closer collaboration with Zwerfkat in Leuven we can deal with the nuisance even quicker and provide a safe haven for the stray cats of Leuven.”

This year vzw Zwerfkat in Leuven has helped a total of 302 cats. 149 cats were adopted, 44 cats were returned to the wild after being neutered, 33 animals were reunited with their owners, 40 cats passed away after foster care and the other cats are still in foster families until they are ready for adoption. The past years approximately 300 cats were caught and helped yearly. Apart from that feeding parents feed about 200 stray cats daily at fixed locations. One ton of cat food is needed for this each month. 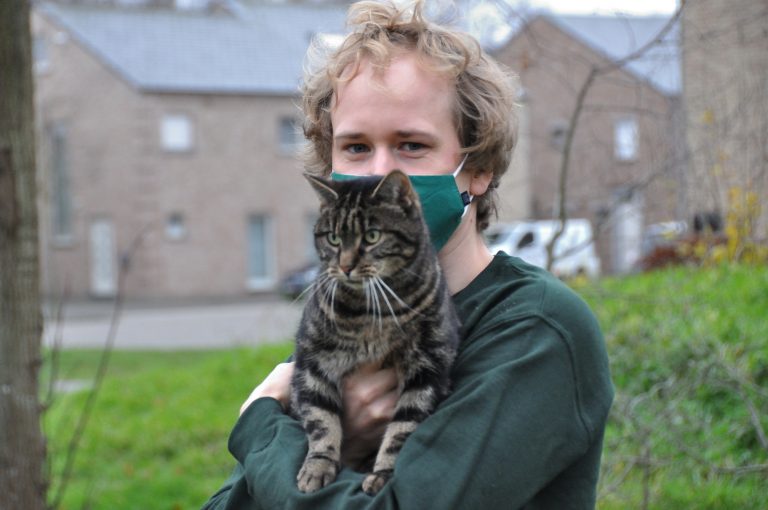